A FEW MONTHS AGO...
A square piece of cardboard came off the inside of our microwave. It's only about 3 inches square and my first reaction was to just throw it away.
My wife looked inside the microwave and saw that the cardboard had been covering an opening. An ominous opening. An opening that you don't want to play with. She asked me to put the cardboard back. I couldn't figure out how to get it back on. I told her that it was okay. It didn't need to go back on. It's just cardboard.
Having grown up in communist Cuba for much of her childhood, my wife has a greater respect for cardboard than I do. In Cuba they made all kinds of stuff out of cardboard: boats, planes, car engines, surgical tools, statues, dictators.
Anyway, the little cardboard square would fall off and I'd put it on and it would fall off and I'd put it on...until last week. I just threw it out. It's cardboard. We've been using the microwave since then and it heats my tea up very nicely. Fine.

Fearing the ominous opening that the cardboard had been covering, my wife contacted the manufacturer yesterday. She got on the phone with a customer service rep and explained that her husband is a putz and he couldn't get the cardboard back on and he didn't think it was important and...
There was a gasp on the other end of the phone. "HAVE YOU USED IT? HAVE YOU USED IT WITHOUT THE CARDBOARD? HAVE YOU? HAVE YOU? ANSWER ME!"
My wife said that, yes, we had been using the microwave without the cardboard because her husband (the putz) said it would be okay.
There was a SCREAM on the other end of the line. My wife heard a chair being pushed back in haste and then heavy footsteps running out of the room. A door opened. Then a shout. "I NEED PATTERSON! AND GET INTEC ON THE LINE! ROUTE ALL INCOMING CALLS TO CENTRAL! ALERT OLIVART, QUEEL, JENKINS AND KIRK! I'VE GOT A SITUATION!!!!!!!!"
A bunch of footsteps could be heard running into the room. A man's voice shouted, "What is it?"
The woman's voice said, "They've used the microwave without the cardboard thingy!"
The man's voice screamed. "NOOOOOOOO! NOOOOOOOOO! AHHHHHHHHHHHHHH! WHY? WHAT WERE THEY THINKING?"
The woman's voice said, "Her husband is a putz."
The man then said, "Alright. Let me talk to her. Let me calm down first, though. Gimme a second. I don't want to frighten her. AHHHHHHHHHHHHHH! WHAT KIND OF HUSBAND WOULD LET THE FAMILY USE A MICROWAVE WITHOUT THE CARDBOARD THINGY! WHAT KIND OF BASTARD...AHHHHHHHHH! Okay. Okay. I'm okay. Let me talk to her."
He then came on the line. "Hello there. I'm Patterson. I'm going to get you through this. It's going to be okay. I'm here to help." My wife thinks she heard him cry as he said those last words.
He continued. "But first. I need to ask you some questions. Do you or anyone in your family have anything growing on you that wasn't there a few weeks ago?"
My wife asked him to clarify.
"Like a third leg...or a large boil that could be another head. It wouldn't have full features yet, but you could make out two eyes if you looked close."
My wife told him that we didn't.
He went on. "Do you or any member of your family feel as though they are being followed or are following someone?"
My wife said no.
"How many fingers am I holding up?"
My wife said she didn't know.
He seemed relieved. "Good. Excellent.ESP can sometimes be a symptom of the poisoning."
"The poisoning," my wife gasped!
"Mrs. Rugg," the man said. "I'm going to ask you to do something very unusual. But it's important. Can you do that for me? Can you do something unusual for me?"
My wife said she could.
"Good. Good. I want you to take you and your daughter outside. I want you to wrap yourselves in heavy duty alluminun foil. It must be heavy duty! IT HAS TO BE! Then, I want you both to stand in a bucket of distilled water and listen to Harry Belafonte songs. Not from when he's all raspy and throaty, the older stuff. Do that for 72 hours. It should dissipate any buildup."
"But what about my husband?" my wife asked.
"Do you really want to help HIM, Mrs. Rugg. Wouldn't it be best if he grew a second head? A walking testament to his vile and selfish putzyness?"
Thankfully, my wife is a kind and loving woman.
Posted by Paul Rugg at 9:01 AM 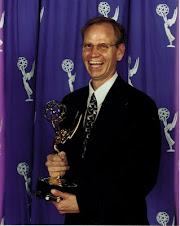